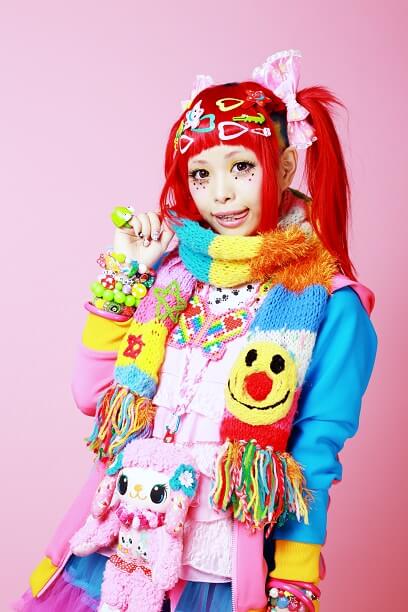 Kurebayashi is a popular Harajuku model known specifically for her super kawaii and colourful looks!

She has many fans around the world and has received much recognition for her appearances in KERA Magazine. Not only that, she is also an art director. She has collaborated with many brands, including working with Takeshita Street directors to create an archway design, which included a giant unicorn and rainbow. Kurebayashi has both a Japanese and English YouTube channel, where she frequently uploads various content.

More recently, she has been creating music that is available on iTunes, Apple Music, Amazon Music and more.

Please join us on September 5that 9:00PM EST (Toronto Time) for a live Q and A with Kurebayashi. Sign up form will be available on https://www.ghostgirlgoods.com/blog